October 19, 2015November 18, 2017 Comments Off on Facebook Will Warn You If It Thinks a Government Is Attacking Your Account 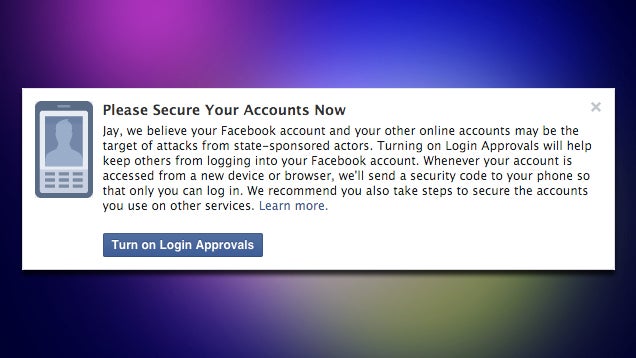 In a blog post from Facebook’s Chief Security Officer, the company has said that it’s expanding its monitoring of suspicious login requests to include possible government attacks. While it’s (hopefully) not very likely that most individuals will be targeted by a nation state, getting the specialized notifications would help curtail any damage.

Facebook hasn’t clarified which governments it’s watching out for, or if that includes the United States. Facebook (like many tech companies) has repeatedly expressed frustration with domestic surveillance programs. However, it’s unclear if these warnings would include attacks from home, or if Facebook is just watching for foreign attacks.

Regardless, as evidenced by a sample of the notifications one might receive, the solution is still the same: turn on two-factor authentication. If a government (domestic or otherwise) tries to log in to your account, having two factor enabled will be a helpful barrier to have.

Training by OSCE on cryptocurrencies and Dark Web investigations in Kyrgyzstan