December 21, 2016November 18, 2017 Comments Off on WiFiPhisher v1.2 – Automated victim-customized phishing attacks against Wi-Fi clients
Wifiphisher is a security tool that mounts automated victim-customized phishing attacks against WiFi clients in order to obtain credentials or infect the victims with malwares. It is primarily a social engineering attack that unlike other methods it does not include any brute forcing. It is an easy way for obtaining credentials from captive portals and third party login pages (e.g. in social networks) or WPA/WPA2 pre-shared keys.
Wifiphisher works on Kali Linux and is licensed under the GPL license.
How it works
After achieving a man-in-the-middle position using the Evil Twin attack, Wifiphisher redirects all HTTP requests to an attacker-controlled phishing page.
From the victim’s perspective, the attack makes use in three phases: 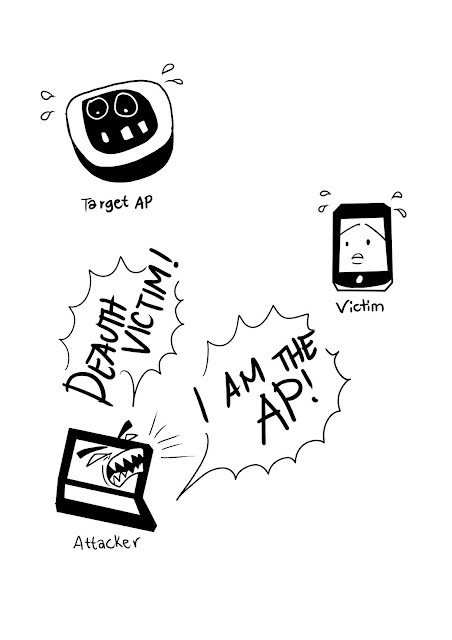 Requirements
Following are the requirements for getting the most out of Wifiphisher:

Alternatively, you can download the latest stable version from the Releases page .

Usage
Run the tool by typing wifiphisher or python bin/wifiphisher (from inside the tool’s directory).
By running the tool without any options, it will find the right interfaces and interactively ask the user to pick the ESSID of the target network (out of a list with all the ESSIDs in the around area) as well as a phishing scenario to perform.

Use wlan0 for spawning the rogue Access Point and wlan4 for DoS attacks. Select the target network manually from the list and perform the “Firmware Upgrade” scenario.
Useful for manually selecting the wireless adapters. The “Firware Upgrade” scenario is an easy way for obtaining the PSK from a password-protected network.

Automatically pick the right interfaces. Target the Wi-Fi with ESSID “CONFERENCE_WIFI” and perform the “Plugin Update” scenario. The Evil Twin will be password-protected with PSK “s3cr3tp4ssw0rd”.
Useful against networks with disclosed PSKs (e.g. in conferences). The “Plugin Update” scenario provides an easy way for getting the victims to download malicious executables (e.g. malwares containing a reverse shell payload).

Do not target any network. Simply spawn an open Wi-Fi network with ESSID “FREE WI-FI” and perform the “OAuth Login” scenario.
Useful against victims in public areas. The “OAuth Login” scenario provides a simple way for capturing credentials from social networks, like Facebook.
Following are all the options along with their descriptions (also available with wifiphisher -h ): 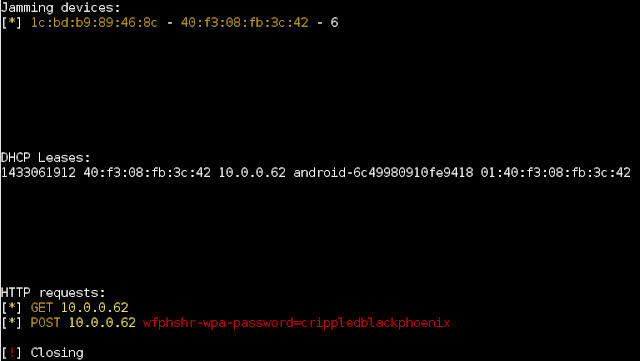