The group published a tweet  and an article on their website, hosted on the ZeroNet anonymous hosting service. 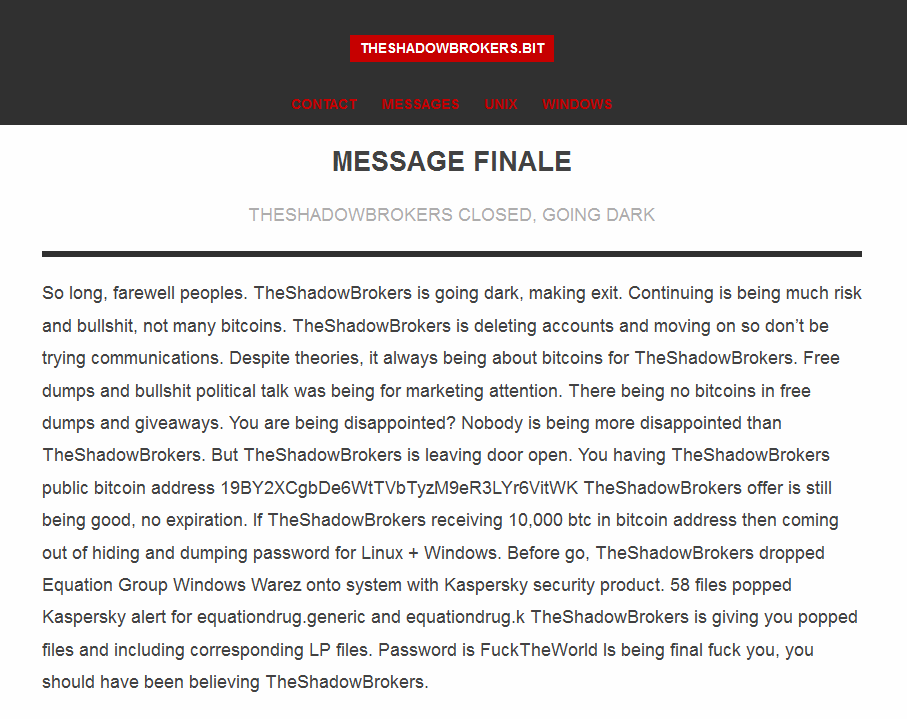 The message left by the group reveals their frustration at not being able to sell the stolen hacking tools and exploits. Shadow Group had claimed to have stolen all the hacking tools from the servers owned by The Equation Group, a nickname given by security firms to the NSA and its foreign cyber-espionage operations.

The group, however, has not completely abandoned hopes of selling the stolen NSA cyberweapons. In their message, the Shadow Brokers said they will still keep open their offer to sell a batch of Windows hacking tools for 750 bitcoins.

The group also publicly released an archive with 58 Windows hacking tools, currently already detected by Kaspersky antivirus, which can be downloaded from their website. “Password is F**kTheWorld Is being final f**k you, you should have been believing TheShadowBrokers,” the hacker group said.

NSA and the US intelligence community will breath a sigh of relief to see the back of the mysterious hacking group which had given its top honchos plenty of sleepless nights.