Ahmyth is an open source remote access tool and has many features you would expect to see in a RAT such as Geo location monitoring, SMS modules, Contact Lists Viewer, File Manager, Camera Snapshots, Microphone recorder and much more. AhMyth is very easy to use due to its simple and effective GUI design and is a multi-platform remote access tool that is available for Linux, Windows & Apple OS.

In this tutorial I will be using a Linux based operating system if you are using Windows, AhMyth also has a Windows version available.

First of all we need to install AhMyth.

First clone AhMyth to your device.

Next cd in to AhMyth-Android-Rat directory.

When i first started AhMyth with npm I got errors I then used this command to launch AhMyth.

What is the –unsafe-perm tag and what are the drawbacks of using it.

As you can see from the screen shot below AhMyth has successfully started. 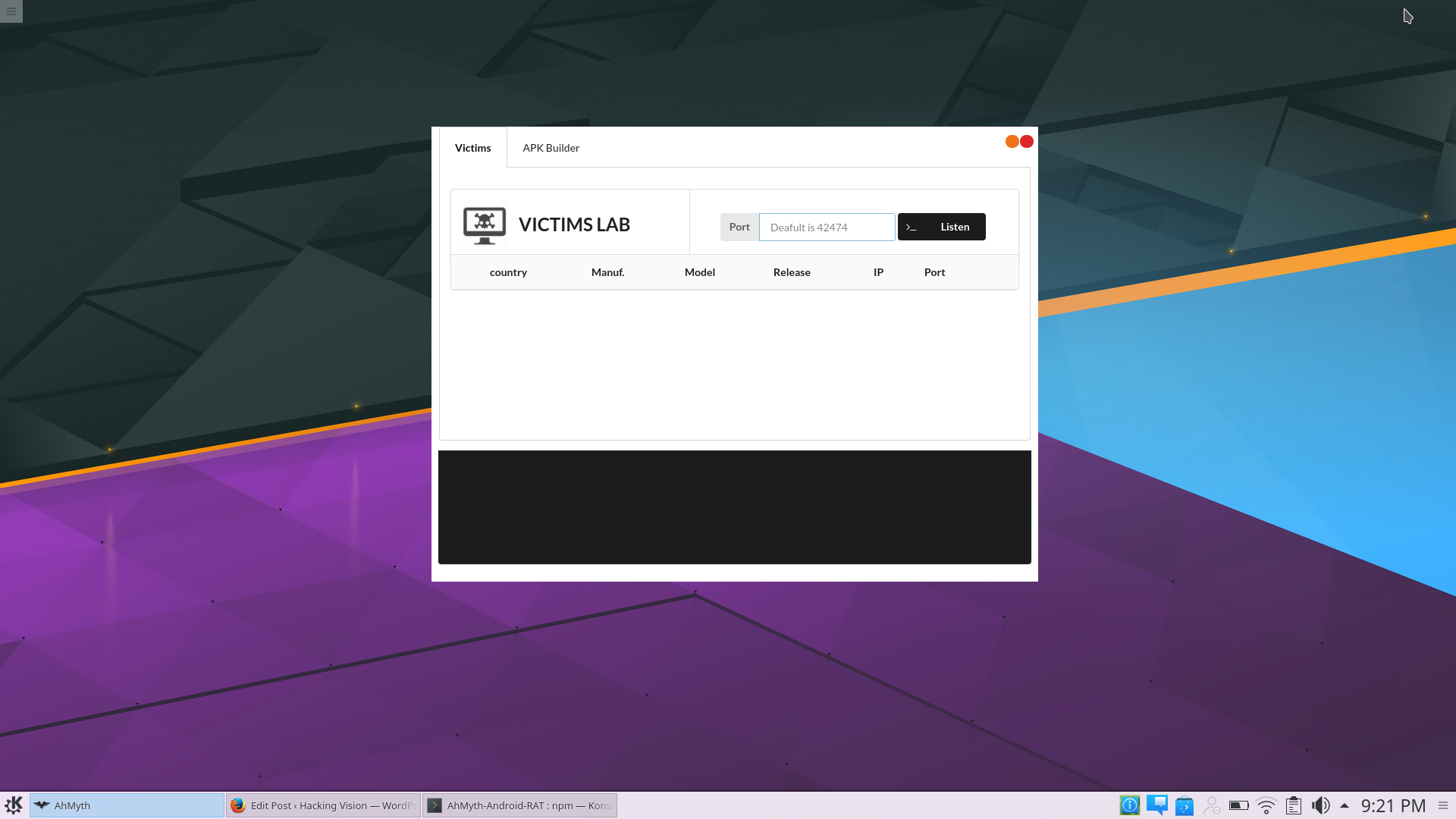 Now we have AhMyth running its time to configure the server this is a desktop application based on electron framework (control panel) it will be used to create a listener back to the attacking device.

Choose what port you would like to run AhMyth server on. Default port is 42472
once a port has been chosen click button “Listen” from the top right of AhMyth application.

Now that a server has successfully started a listener on the selected port we can now use “APK Builder” to create a Android apk backdoor.

In this tutorial I will be using the basic backdoor that is generated by AhMyth. You can also embed a backdoor in to an original apk by using bind APK option.

Once APK file has been successfully generated its time to move it over to the target Android device. Use what ever method of delivery you like to send the malicious backdoor it is completely up to yourself Social Engineering methods can often work best while delivering a payload. Once the target installs the malicious Android application and launches it the target device will appear from within AhMyth target menu.

File Manager allows files to be access from within the compromised Android devices.

Image below shows Geo location module and the location of the target Android device.